Presenting Train Hey Soul Sister Sheet Music. This is a single from American alternative rock band. The song is from their fifth studio album, Save Me, San Francisco (2009). 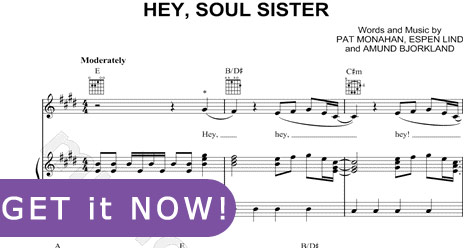 The single debuted on October 17, 2009 in the Billboard Hot 100 where it peaked at 16 weeks after the third place.

The song is distinctive for his ukulele intro.