Sara Bareilles – Gonna Get Over You Sheet Music 4 Piano

Presenting Sara Bareilles Gonna Get Over You Sheet Music. 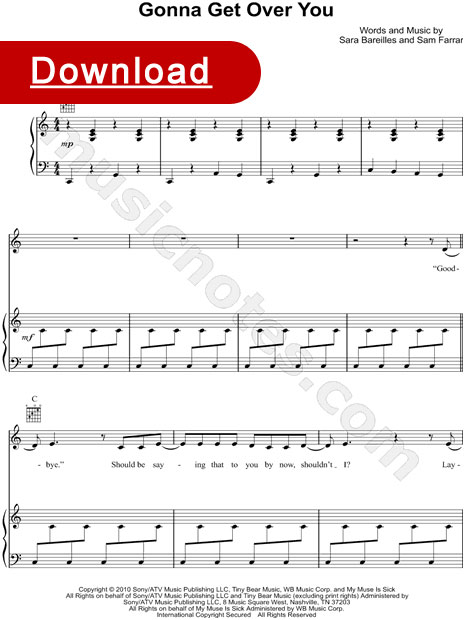 Biography of the singer

Sara studied at UCLA, where he was a member of a group called Awaken. In April 2005, signed to Epic Records, part of Sony Music Group.

During 2007 Bareilles is touring the opening of Aqualung and Mika, her first major debut album, Little Voice and scored a hit with her single “Love Song”, achieving top 5 on the Billboard Hot 100.

In 2009, she began a tour entitled “The Tour Gravity”, in order to promote her third and final single from the album Little Voice, “Gravity.” The single achieved much success throughout Asia and Europe continents where Sara has fans. Gravity was the soundtrack for the TV series of the same name (Gravity), Vampire Diaries, and was the subject of the first season of Brothers & Sisters.

Kaleidoscope Heart is the third album by the singer, who first debuted on the Billboard 200. King of Anything of that album was the soundtrack of the first episode of the seventh season of Medium with Patricia Arquette (Bring your daughter to work day).