Download James Morrison I Won’t Let You Go sheet music. This is a song by British singer James Morrison, the first single from her third album The Awakening. 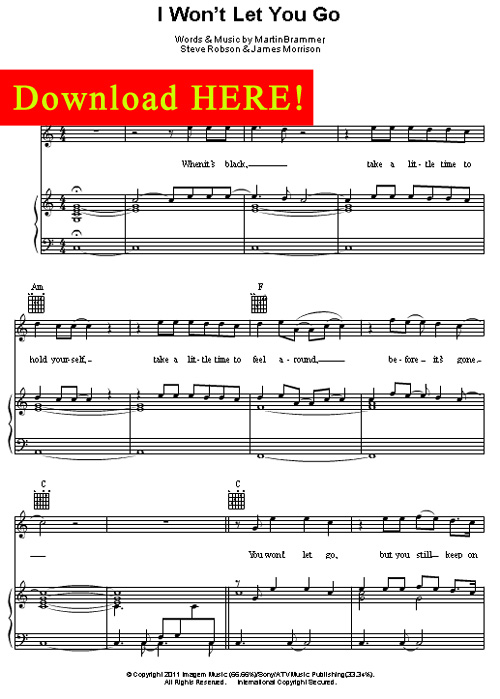 As stated by the same artist, is a midtempo song dedicated to a girl. The single was released between 16 and 18 September 2011 in the digital market, with the exception of Belgium where it was published in advance of the rest of the world, namely 25 August 2011.

Robert Copsey of Digital Spy has expressed a positive opinion on the song, but stated in part that recalls the music of Coldplay and that song in the album are better suited for the role of first single. For the rest of criticisms have been expressed generally positive, but with each other by saying that Jon O’Brien recalls the style of his old hits, while Pip Elwood congratulated the artist for the great change in musical direction than the previous single .

The music video for the I Won’t Let You Go song (on YouTube released August 4, 2011) was directed by Phil Griffin.

Morrison has performed the song during the second episode of the Italian version of X Factor.